Why Andrew Tate & others sharing truth leads to censorship Telling the truth comes at a heavy cost these days – at least if your definition of what’s true runs contrary to the stories spun by the White House, Big Pharma, and Big Tech to protect their control-profit industrial complex under the guise of “health and safety.”

If you shout loudly for long enough through any centralized social media platform in a manner deemed incompatible with their advertisers’ interests, you might have a tweet or two deleted. Should you continue your transgressions against arbitrary terms of service, you’ll probably be shadow banned. Next up is a temporary suspension of your account. Still haven’t learned your lesson like you’ve been indoctrinated at a re-education camp? Kiss your online platform goodbye, my friend, because you’re about to be deplatformed.

This doesn’t just happen to everyday Joes and Janes. Can you recall the kerfuffle caused when Nicki Minaj, Aaron Rodgers, Draymond Green, Kyrie Irving, and Matthew McConaughey dared to question the Fauci-Pfizer edicts on COVID-19 vaccination?

Instant vilification followed from so-called “news” anchors, the Twitter woke mob, and cultural commentators. As unpleasant as the blowback was for these individuals, it paled in comparison to Parler’s wholescale annihilation. The nascent social media network was taken out at the knees in January 2021 for over a month by the world’s largest online hosting platform and the two main app stores. Imagine that – a whole platform being dismantled with the casual flick of a left-leaning finger.

These were mere sideshows compared to what occurred in the big top tent of the centralized, ad-driven social media circus. Having tried and failed to get Donald Trump impeached, his opponents changed tactics and took their fight from the corridors of power to Facebook and Twitter’s fiefdom. In the wake of the Capitol riots – a spark that was fanned into a raging inferno by false claims made by a certain three-initialed politician and then repeated ad infinitum in web-based echo chambers until they became public record – the media needed someone to blame. And who better to take the fall than the focus of the Left’s fury ever since he declared his candidacy for the 2016 election – the 45th president.

Within weeks, Twitter had acted as police, judge, and jury as it accused, tried, and convicted Trump for violating its terms of service by “inciting violence.” Facebook and Instagram soon followed suit. And so it was that the acting president of the most powerful nation on the planet lost his online voice. All because he violated a set of guidelines drawn up in Silicon Valley and enforced by Big Tech billionaires who, unlike their target, are both unelected and unaccountable.

Recently, the same went for Andrew Tate, an entrepreneur and former professional kickboxer and for the last few weeks the most popular person on the planet. Banned from the fast of every social media platform for being a “dangerous individual” yet his final message tells a different story

This kind of censorship isn’t confined to social media but extends to traditional mediums too. In November 2021, former Fox News host Jedediah Bila appeared on The View to promote her new book, Dear Hartley. As she explained her personal decision to not get the COVID-19 vaccine, the host decided that enough was enough, and cut the video. Her justification to millions of Americans watching at home:

“I just really don't think that we should allow this kind of misinformation.”

Despite having much stronger credentials than his armchair critics, Dr. Robert W. Malone, who contributed to the creation of the mRNA vaccine technology and is an outspoken opponent of the CDC and FDA’s COVID-19 policies, was also suppressed by social media services and banned from even reading articles published on The New England Journal of Medicine website. And what of newspapers? As George Orwell once stated:

“All the papers that matter live off their advertisements, and the advertisers exercise an indirect censorship over news.”

Therefore, if we’re to consider what a censorship-resistant network of the future could look like, we have to start with removing advertising altogether.

The only commercially viable way to run an ad-free platform is for members to pay for its use like Zion. Much like they would for a subscription to Netflix or Dollar Shave Club. Their monthly or annual payment would not only free them from the behavioral nudging influence of advertising but would also win them their own node (aka a virtual server with a single user). Such nodes are inherently censorship-resistant, as they prevent the company providing the platform from censoring, banning, and deleting content that they find unpalatable.

If such a network was built on the Bitcoin standard, employees would be prevented from mining members’ personal data, utilizing it to game buying behavior, or selling it to nefarious third parties because of digital encryption. In fact, the company’s staff wouldn’t even see this information. This means that there’s no possibility of repeating the Parler debacle, the ostracization of Aaron Rodgers, Nicki Minaj, and Kyrie Irving, or the deplatforming of the president of the United States.

Such a shift to censorship-resistant networks is an example of decentralization and the evolution of digital property rights.

If you’re on current social media services, it’s like you’re living in a cabin in someone else’s backyard without a rental agreement.

As long as you play by the rules, you’re welcome to stay. But as soon as you go against the tenancy agreement by having a conversation with your friends that doesn’t align with the mainstream narrative, they can and will evict you, while keeping all your furniture, clothes, and belongings. On a new, censorship-resistant platform, you build that same cabin on land that you own, so when you invite friends over to talk, you’re free to say whatever you want. And everything in your home is yours forever. 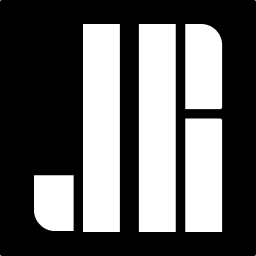