My new book is out: Unapologetic Freedom
Read More 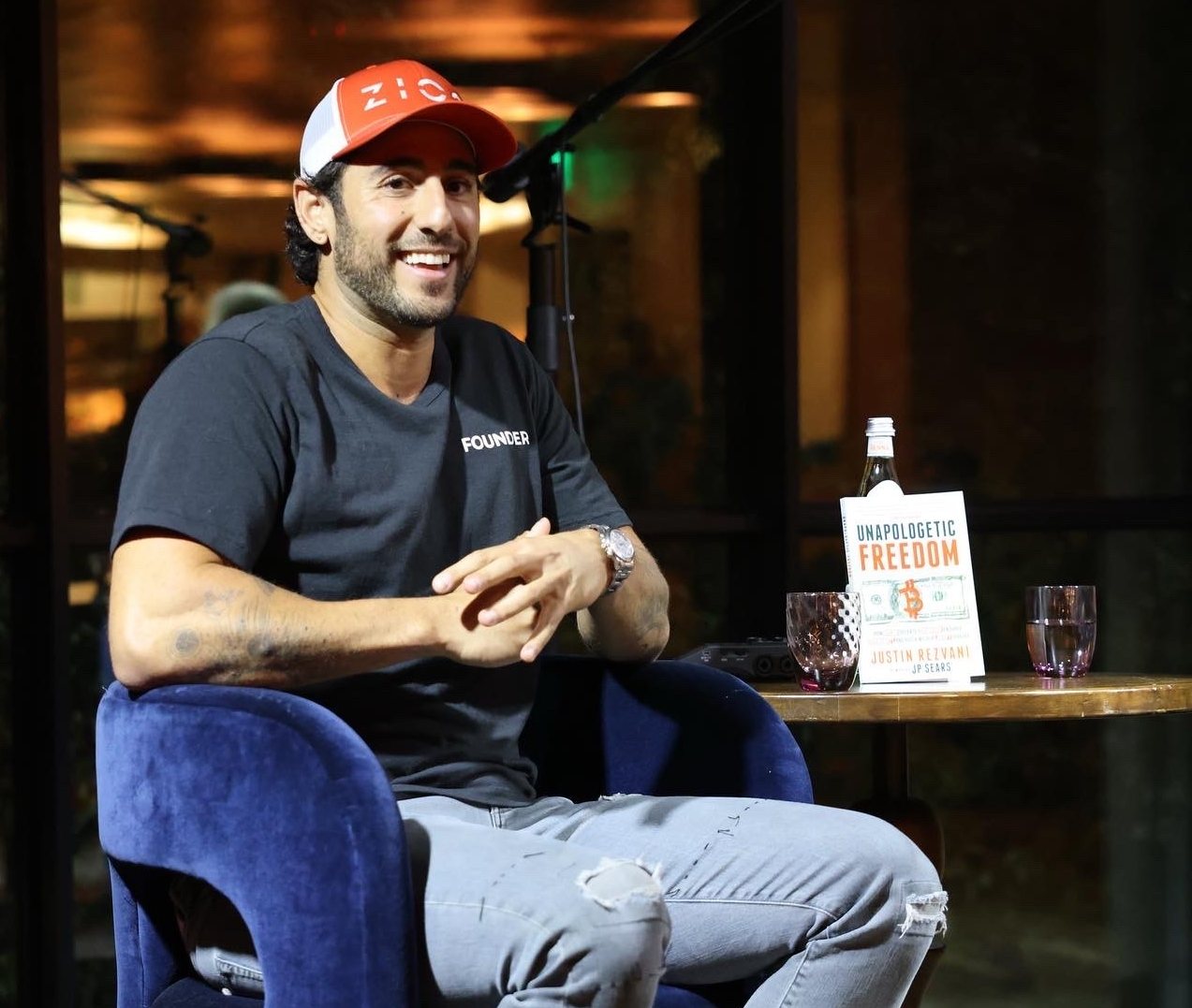 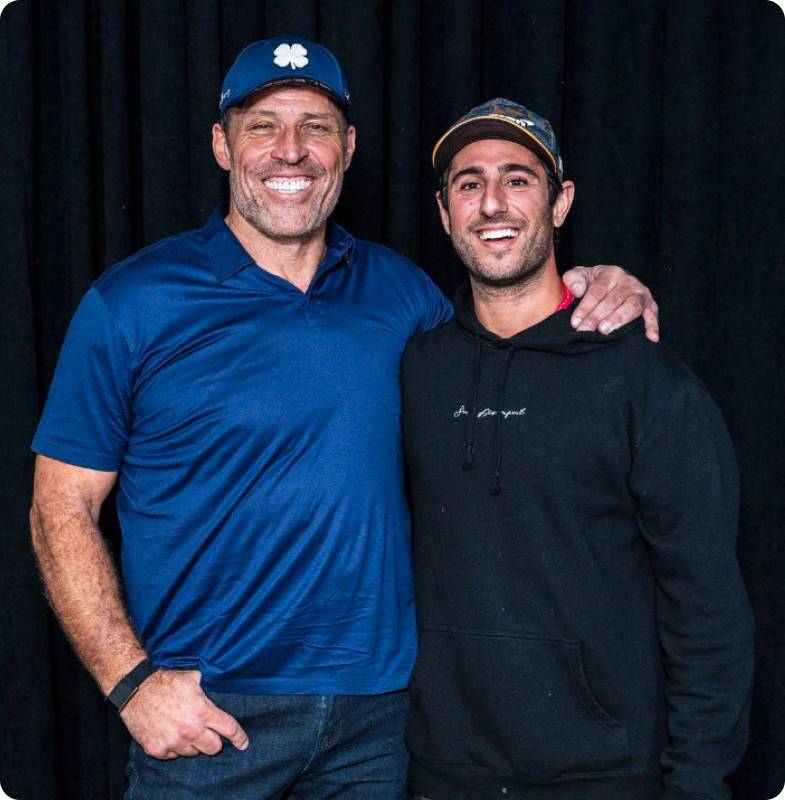 In 2020, Justin launched Zion. Zion is an open global decentralized community platform that facilitates transparent and direct flow of content and payments between creators and their audiences. Zion is built using the Bitcoin Lightning Network for creative people to pursue what they love, and share their passion with the world.

Before launching Zion Justin founded theAmplify in 2013, a platform that creates large-scale native advertising campaigns for brands on Social Media platforms. Creating one of the world's first influencer marketing agencies, with no outside investment, Justin bootstrapped theAmplify to cash flow positive & profitable within six weeks. The impressive executive team that Justin assembled allowed the company to successfully expand to become a profitable 8-figure business within 2 years. In April 2016, theAmplify was acquired by The Brandtech Group.

Justin was an internal marketing advisor to brands like Ford, LionsGate, Pepsi, Unilever, COTY and Campbell’s during his time as CEO. Crafting some of the most iconic influencer campaigns in the world.

Justin began professional speaking at a young age, giving his first talk 24. Justin has been a notable speaker at global events such as Cannes Lions, The Bitcoin Conference, CES, The CMO Club, StreamCon, Playlist Live, the AAF and has been featured in articles in the Wall Street Journal, Bitcoin Magazine, INC, AdWeek, AdAge, Business Insider, LA Times and The Los Angeles Business Journal.

Justin is also a best-selling writer, his book Unapologetic Freedom was #1 Best Sellers in Politics & Social Sciences. His writing focuses around on Digital Sovereignty, Bitcoin, and Censorship.

Justin received his Bachelor of Science in Business Administration, Marketing Management and Advertising from California State Polytechnic University, Pomona where he was named student of the year in both 2010 and 2011. My new book is now available

Centralization has made it easier for governments to standardize and regulate industries, and for media and technology companies to create and grow their own ecosystems. But the trouble with such centralized networks is that [...]
Read more While the dominant mythos of the world teaches that the salvation of humanity lies in the implementation of ever-greater levels of control, monitoring, and censorship, I believe the opposite. I believe that when you trust people, they become more trustworthy. I believe that arrival at the truth requires all disparate viewpoints to be freely expressed. So I believe in the decentralized vision for the future that Justin shares in this book.‍ Freedom is the highest value and the natural desire for all humans. The freedom to choose our own thoughts, ideas, actions, and expressions is our natural right. However, the nation-state sits opposite human freedom. Their greatest danger is intellectual criticism, and they will use all their force and power to stop and censor the truth. But we are witnessing a Technological Revolution that will change the course of humanity, and this book lays out the case, the importance, and the game plan for how we win our freedoms back!‍ If you've ever wanted a way to make your digital interactions as authentic and free as in-person conversations, look no further. This book provides the path to a richer, more civil world.

What people say about my book

A few customer reviews from Amazon.

It made me rethink a lot of society traps I didn’t even know that I agreed to. This book is definitely a disruptor Worth investing time and energy into.Lorem ipsum dolor sit amet, consectetur adip elit. Donec posuere dolor massa, pellentesque aliquam nisl facilisis sed.

Whenever Justin Rezvani talks, I listen. 10/10 recommend this book for anyone who wants a ton of practical wisdom (for a tiny cost lol) from a revolutionary mind.

This was well written and made sense even though it was my first exposure to Bitcoin. There was one spelling error early on that was annoying but I got past it and finished the book quickly. It’s gotten me interested in learning even more about Bitcoin

I found this book very informative and a really easy read. It doesn't get too deep in the weeds to follow along but provides context for where we are and where we might be headed.

An honest overview of where we have been, what is occurring at a socioeconomic level and what the possible solutions are. Justin is a prolific thinker with a unique approach to a world in entropy. The old is dying, but we need a sustainable new. The solutions offered in this book may do just that.

It made me rethink a lot of society traps I didn’t even know that I agreed to. This book is definitely a disruptor Worth investing time and energy into.Lorem ipsum dolor sit amet, consectetu

This book is relevant to everyone! and it not only helps you to understand some of the current issues with censorship and centralized programs, but also offers a solution for how we can move forwards.

Unapologetic Freedom is a rallying cry for digital sovereignty. More than a manifesto, it's lays out a practical path to a better world based on Bitcoin, decentralization, and technology that can stop the censors in their tracks.

Justin’s way of distilling the info in an easily digestible way made all the difference in helping me understand the current landscapes of our social and financial platforms, but more importantly, how to move into a new paradigm with ease and grace!

Wow. Justin takes an exceptional birds eye view at what is happening in our world and where we need to be headed to ensure freedom (communicatively & financially) and independence. This is a must read!